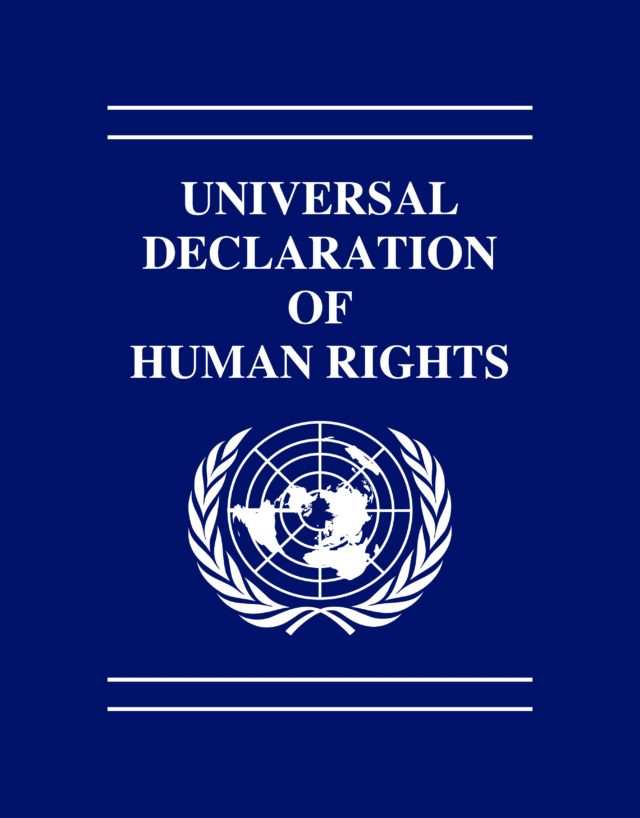 After the atrocities of World War II ended and the United Nations was founded (1946), an effort was made by governments to agree upon and codify basic principles of human rights that would prevent such crimes against humanity in the future. On December 10, 1948, the United Nations General Assembly proclaimed the Universal Declaration of Human Rights as a standard to which all nation states in the UN must adhere. The Declaration itself was drafted by representatives from all over the world and from a multitude of backgrounds, and laid out in written form for the first time a set of rights that were to be seen as universal, inalienable; indivisible; interdependent and interrelated. The UDHR includes both civil and political rights, as well as social, economic, and cultural rights. In and of itself the Declaration was groundbreaking, and some women had successfully fought for use of the terms “human rights” instead of “rights of man” and for the inclusion of ‘sex’ as a category of discrimination to be prohibited. Nevertheless, in practice, women soon found that they were often not included in the designation of ‘human’ in ‘human rights’, and thus embarked on a decades long struggle to have women’s rights formally recognized as human rights and to incorporate a gender perspective into the interpretation of human rights in both principle and practice.