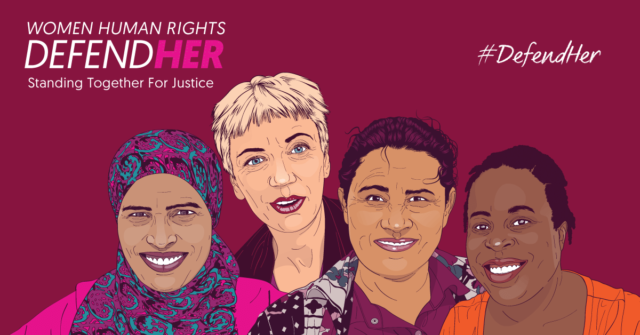 Work on a Declaration on Human Rights Defenders began in 1984 and was finally adopted by the UN General Assembly in 1998, on the fiftieth anniversary of the Universal Declaration of Human Rights. Its statutes are addressed not only to the responsibilities of nation states, but also to all social institutions, indicating that everyone has a role in protecting the work of human rights defenders. This is evident in the Declaration’s full name: Declaration on the Right and Responsibility of Individuals, Groups and Organs of Society to Promote and Protect Universally Recognized Human Rights and Fundamental Freedoms. Although not legally binding, the Declaration outlines broad principles of protection for those working for human rights and presents a pragmatic and useful approach to promoting human rights. While gender was not recognized as a factor in the Declaration, a global coalition of women’s and human rights groups (the Womens’ Human Rights Defenders International Coalition (WHRD-IC) founded in 2006) has worked over the ensuing decade to ensure recognition of the particular challenges facing women’s and sexual right’s defenders.  Efforts to include a gender perspective have been incorporated into UN resolutions on human rights defenders since 1998. (see p. 31 of Passionate Politics activist guide)