Twenty-five years on from the landmark UN World Conference on Human Rights in Vienna in 1993, it is possible to see how historic that conference was in the evolution of the international women’s movement. Vienna was part of a larger mobilization of women working together across national borders to bring feminist perspectives onto the global agendas of UN World Conferences on development, environment, population, and human rights. This process marked the global spread of feminist thinking, moving it out of the silos of “women’s issues” and pushing women’s interests onto larger global agendas.

It was at Vienna that the UN affirmed that women’s rights are ‘universal human rights.’ This marked a paradigm shift in how violations of women would be seen, and what governments would be called to account for and pushed to address. Vienna also declared that violence against women (VAW) was a human rights issue, a powerful recognition that continues to have reverberations today. In the past 25 years, the world has seen the issue of VAW visibly taken up by growing numbers of public actors. The success of the feminist anti-violence movement has reached new levels as can be seen in many arenas, most recently with the unprecedented Spotlight initiative, through which the European Union has committed half a billion Euros to the UN for work on VAW over five years.  Yet, while we have altered the legal and policy discourse, it has not yet led to a significant reduction in such violence – “custom” can still force girls to marry their rapists, and online violence is rampant in the contemporary era.

Even worse, a conservative backlash against “women’s rights” as human rights, and against addressing VAW in a human rights framework has grown since Vienna. In all parts of the world, threats are being made to these gains, targeting women’s reproductive and sexual rights in particular, but also undermining efforts to ensure women have the conditions to enjoy their civil, economic, political, and social rights. Women activists taking up leadership on a whole range of issues from sexual rights to violation of the environment, face violent attacks. Yet, in countering these forces, it is important to remember that there would not be such virulent backlash if women had not made progress and scored successes that threaten the patriarchal order.

We often talk about changes like those in Vienna as if they were inevitable, or outline how they happened as if there was a formula to follow for such change. But they did not “just happen.” Nor did we know beforehand that Vienna would be the watershed moment. Much can still be learned from this history, which I have written about elsewhere. Here I want to focus on why I personally became committed to the importance of the concept of “women’s rights are human rights,” and why that framework/strategy is still powerful.

Why Did Vienna Matter?

I was a 1960s and 70s US activist involved in the civil rights, anti-war, women’s liberation, and lesbian-gay movements. It was an exhilarating time of change, and nothing prepared us for the resurgence of conservatism when Ronald Reagan became president in 1980. Disheartened, I turned to exploring feminism in other countries, to learning how women dealt with conservative forces and dictatorships, and what strategies were emerging elsewhere. Offered a chance to work on NGO events for the second World Conference on Women in Copenhagen in 1980, I embraced it as a way to meet feminists globally. I helped organize a “World Feminists” video to be shown there and a series of workshops on “International Feminist Networking” sponsored by the International Women’s Tribune Centre (IWTC) and ISIS International – two groups vital to early feminist networking. Many feminists connected cross-culturally there, especially around violence against women, and I began searching for how we could challenge patriarchal practices of violence from the local to the global level.

At an international workshop in the Netherlands on trafficking in women and sex tourism in 1983, I started thinking about “human rights” as a frame for women’s rights. We asked why victims of trafficking were not getting asylum and refugee status? Why were they treated as criminals rather than as human rights victims? Starting with a practical impulse to create more options for them, we soon realised that human rights theory and practice were not applied to gender specific violations because human rights was not approached from the perspective of women’s lives. Even when suffering abuses similar to men, like torture, there was seldom attention to the gendered aspects of it, like forced pregnancy or sexual violence. While women’s movements had long been challenging sex discrimination, the defining view of human rights came from men’s experiences of violation by the state in “public” to the exclusion of gender-specific abuses that affected women, often in the “private” sphere.

In Latin America and then Asia, I discovered other feminists exploring these ideas and working to bring women’s issues to human rights attention, such the sexual torture of women by military dictatorships in the Southern cone of Latin America. We saw that if abuses of women were understood as an integral part of human rights, they would be taken more seriously, and women would gain access to resources and mechanisms of state accountability. Women also often felt empowered to fight back when abuses they suffered were described as “human rights” violations, not just ‘life.’

When we created the Center for Women’s Global Leadership at Rutgers (1989), we  focused on feminist approaches to human rights as a way to bring women from around the world together. Our first Women’s Global Leadership Institute (1991) aimed at building women’s leadership for women’s human rights from the local to the global level.  The 16 Days of Activism and the Global Campaign for Women’s Human Rights developed out of the ideas proposed at this Institute. While we worked together under the global umbrella of demanding and defining the human rights of women, the specific issues and testimonies to feature were always determined regionally or locally.

This grounded methodology led us to choose ‘violence against women’ as the lead issue because it affected women everywhere and no government could claim to be exempt.    Further, various forms of VAW illustrated how women’s experiences reflected recognized human rights concepts: torture, arbitrary detention, denial of bodily integrity, war crimes, and more. VAW both illustrates what women have in common  – domination, femicide, lack of control over our bodies and physical fear – while also showing different forms and consequences that VAW takes as it intersects with race, class, culture, sexuality, etc. In the Tribunal and the campaign, we highlighted VAW but also showed how women’s rights were violated in relation to reproductive and sexual rights, economic justice, political discrimination, racial discrimination and how these interfaced with what happened to women in their homes as well as in public.

Our premise was that only through seeing how the common threads of VAW are shaped in different contexts can we understand how to end it. We sought to bring ‘universality’ of human rights through attention to the ‘diversity’ of women and to the inclusion of all women’s experiences. Vienna affirmed this approach with its declaration of women’s rights as universal and indivisible, paving the ground for work around the world to spell out what are the common and particular rights women need to have protected and promoted nationally, regionally, and globally.

The enshrinement of  “women’s rights are human rights” at Vienna enabled feminists to ground their work at the Cairo ICPD, the Copenhagen World Summit, and the Beijing WCW in a shared human rights framework. For many involved in the processes around Vienna, Cairo, Copenhagen, and Beijing, these successful transnational collaborations to influence the global agendas of the UN also brought their own challenges. At CWGL, we had not necessarily framed our work around the United Nations, but felt compelled to defend and advance the gains made there over the next decade. This brought us into   collaborations with human rights and development organizations as well as women’s organizations with a greater focus on UN bodies. Over time, these UN conferences and many other events since have brought forth unprecedented, work as feminists and human rights organizations have laboured to strengthen and expand the human rights of women in relation to a very wide range of issues from health and housing to issues of sexual violence and gender persecution in war and conflict.

While we are at a particularly precarious moment today, and the backlash against these gains and the growth of authoritarian regimes the past few years continues to threaten these advances, we have established the moral and political ground on which to stand and struggle for not only the attainment and defence of women’s rights, but also to extend these struggles. There are important new movements and victories of the next generation, as exemplified by the Ni Una Menos mass movement against VAW across Latin America, the Women’s March led resistance to Trump in the USA, the successful feminist campaign for the Violence against Persons Act in Nigeria, the Argentinian movement victory for abortion rights, growing recognition of LGBT rights in the human rights arena of the UN and others. As this generation takes up the struggle for the realization of human rights and social justice in the world, the gains in Vienna provide a grounding for that work which continues to be important, but can never be taken for granted. 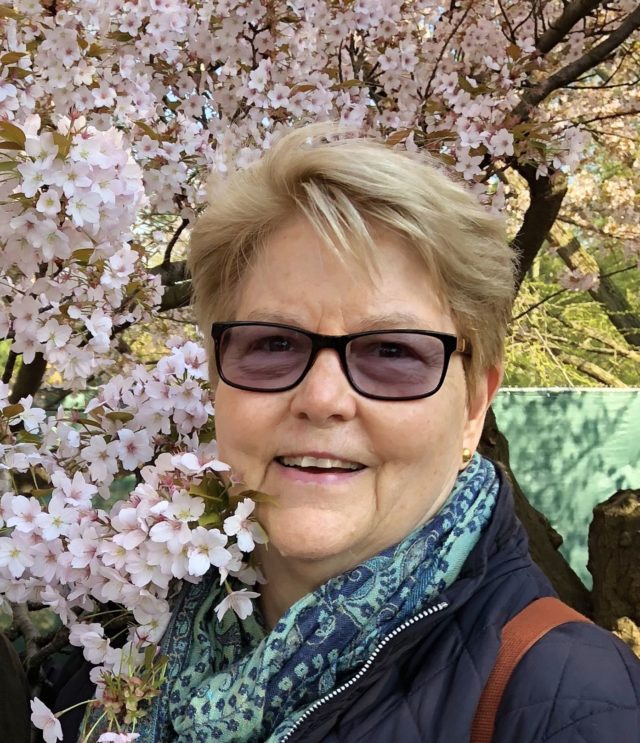 Charlotte Bunch, Founding Director and Senior Scholar, Center for Women’s Global Leadership (CWGL), Rutgers University, has been an activist, writer and organizer in feminist, LGBT, and human rights movements for over 4 decades. A Distinguished Professor in Women’s and Gender Studies, Bunch was previously a Fellow at the Institute for Policy Studies in DC.  She has been involved in many civil society efforts at the UN, including advocating for women’s rights as human rights and for the creation of UN Women. Her awards include the National Women’s Hall of Fame, White House Eleanor Roosevelt Award for Human Rights, and being one the “1000 Women Peace Makers” nominated for the Nobel Peace Prize.  She has written numerous influential essays, edited nine anthologies and authored Passionate Politics: Feminist Theory in Action and Demanding Accountability: The Global Campaign and Vienna Tribunal for Women’s Human Rights.