It is quite a challenge to capture why the World Conference on Human Rights (Vienna 1993) was important in a few words. For me the answer is deeply personal and profoundly political. It comes from my history as a woman opposing discrimination, and as a feminist committed to the rights of women. I had deep personal knowledge of the lives of women in my region, and as an activist in Peru, an informed analysis that had led me to start the Centro Flora Tristan with other Peruvian women in the late 70’s, where we were thirsting for women’s equality and social justice. I learned then that a similar process was moving women from my generation throughout Latin America, as our aspirations to live productive and free lives were being truncated by the persistence of authoritarian military rule. This had strengthened patriarchal controls, and a sense of entitlement that affected most men, even political progressives working for democratization and human rights. Over the years I developed a common understanding and shared feminist politics with women from other regions of the world.

For me one of the key lesser known aspects of the success of women at the Vienna conference was the below the radar partnership and collaboration among women from NGOs, women in government, and those working in the United Nations. It is an important story because it illustrates the work women did across sectors and divisions in order to achieve the unequivocal recognition that “the human rights of women were an inextricable part of human rights,” in the Vienna Declaration. We learned to work together across these lines and developed the level of political trust that was needed to help advance women’s demands.

In 1991, I started to work at the United Nations Development Fund for Women (UNIFEM). I was hired not long after writing a commissioned policy paper urging the fund to invest in projects addressing the issue of violence against women as a development issue. Incredible as it may seem now, back then, there were still those who insisted violence against women was not included in its mandate. UNIFEM was funding women in development (WID) projects which helped some women but did little to alter systemic structures of gender oppression. Expanding its focus to issues that linked women’s participation in the developing world to a more feminist agenda was critical to UNIFEM becoming a partner in the strategic priorities identified by women’s movements on the ground.

The 1993 World Conference on Human Rights in Vienna was one in a series of UN global conferences designed to take stock and propose new paths at the end of the Cold War. I was the designated focal point at UNIFEM for the Vienna Conference, participating in various interagency preparatory meetings convened by the Human Rights Office in New York and Geneva. I was able to follow the preparations of hundreds of NGOs that were strategizing how to ensure women’s issues would be addressed at Vienna, and to help mobilize the resources that would ensure women’s movement’s participation in the process.

It was a very intense period, as I shared information on the evolving priorities of NGOs and UN agencies with each other, discussing which suggestions UN agencies would recommend for inclusion in the main conference document. As UNIFEM’s focal point, I worked closely with colleagues at the NY Human Rights Office, the UN Division for the Advancement of Women, UNFPA and UNICEF, ensuring that language reflecting a gender analysis and priorities for women went into the document prepared by the Secretariat of the Vienna Conference. The final draft to be discussed by government delegates, both NGOs and the UN, therefore did  made explicit our concern for the recognition of women’s rights as universally recognized human rights, and unequivocally identifying violence against women as a violation of  human rights. It was a victory, as women’s unified position stood out in a negotiating document in which most chapters were heavily bracketed along the North/South divide.

The solidarity among women across different lines held firm at various critical moments in the preparatory process. At the final preparatory meeting in Geneva (March-April 1993), the presence of a new generation of women’s rights advocates (mostly funded by UNIFEM and NOVIB) pushed women’s demands on the conference agenda. The Women’s Caucus demanded that resources allocated for NGO participation follow a principle of gender parity. This decision was to prove crucial to ensuring significant participation of women from the Global South. We were given access to the lists of people registered for the conference and were able to identify and recommend feminists from all regions to receive scholarships to participate in the Conference.

In this period, UNIFEM, the Dutch Ministry for Development Cooperation and the Canada-based North-South Institute co-sponsored a conference on international strategies to fight violence against women. This brought over 80 participants from the developing world to the Netherlands to discuss what had emerged as one of women’s key demands for the World Conference on Human Rights. The co-organizers were strategic; they timed their event in The Hague to take place immediately before the Vienna conference so that participants were able to fly on to Vienna already primed to participate in the World Conference on Human Rights. The sheer presence of such a large group of diverse participants coming from an event that focused on one of the top human rights priorities identified by women in all regions of the world, gave a huge boost to the buzz proclaimed in banners and posters plastered on the walls of the conference site that read “Women’s Rights Are Human Rights” as participants entered the building.

The NGO Women’s Caucus in Vienna was well prepared. It included an international cadre of  women experienced in defending women’s rights who were able to develop and advance  feminist perspectives on the issues in language and positions already recognized as international human rights principles. Women activists were drawn from all regions, and therefore spoke all the languages of the conference. Key UN agencies had no option but to support women advocates when the priorities were put forward. Several government delegations also understood that supporting women’s rights offered the possibility of breaking the logjam among negotiating blocks within the human rights establishment – a way forward to a conference in danger of being derailed by intransigency and deeply seated suspicions emanating from the recently ended Cold War.

During the deliberations UNIFEM convened a space where representatives of the NGO Women’s Caucus could strategize together with supportive women inside key government delegations, and with feminists working within the UN, to ensure that women’s caucus concerns would be firmly planted in the document.

“Women’s Rights Are Human Rights” was a powerful yet simple statement that was circulated throughout the conference, in small workshops, in the halls of the conference venue, in public demonstrations and symbolic acts, in small lobbying corners, in press conferences and information materials, at the Rights Place for Women, and at the Vienna Tribunal that presented the personal testimonies from 33 women from 25 countries, and it rang true. Women were ready to demand their rights, to challenge governments and the human rights establishment to drop their patriarchal cloak and look at the new actors that had arrived at the scene. Feminist actors in different sectors played important parts in achieving this breakthrough for women rights as universal, indivisible and inalienable human rights. 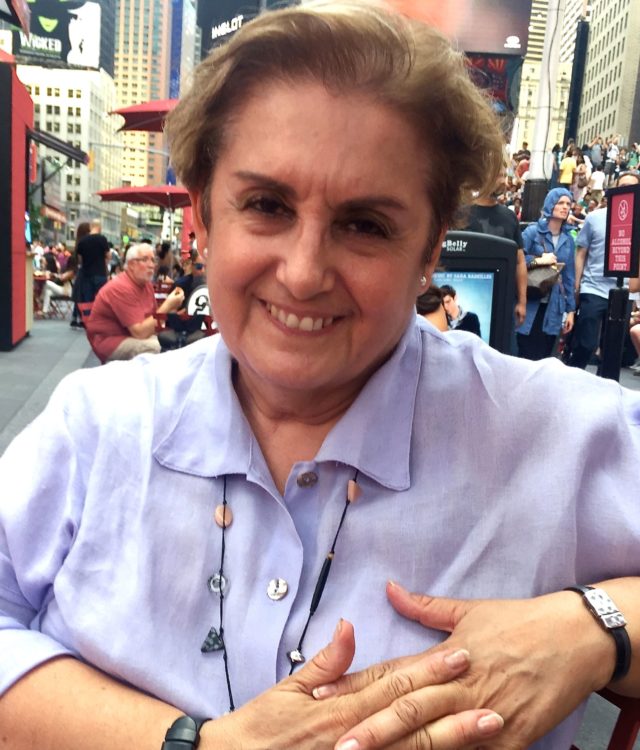 Ms Carrillo worked for twenty years at the United Nations and currently works as a consultant.  Her experience covers the gender, human rights, development and peacebuilding fields, with a focus on issues related to equality and violence against women. She was the Chief of Policy and Planning in the UN Peacebuilding Support Office and served as the Head of the Conduct and Discipline Unit at the UN Peacekeeping Mission in Burundi. Prior to that she was at UNIFEM (the United Nations Development Fund for Women) where she started the women’s human rights programme and led UNIFEM’s work at the 1993 World Conference on Human Rights in Vienna. She also set up the UN Trust Fund on the elimination of violence against women. Before joining the United Nations she co-founded the Center for Women’s Global Leadership at Rutgers University, and worked for many years as a feminist advocate and a journalist in her country (Peru).