The Vienna Conference on Human Rights is of great significance for women.  It was here that the acceptance of the human rights of women really reached a breakthrough. At this conference, the community of nations acknowledged in unequivocal terms, that the “Human rights of women and of the girl child are an inalienable, integral and indivisible part of human rights”  (Vienna Declaration and Programme of Action.)

In Vienna, world consensus was also achieved that, “the right to development was  inalienable, universal and a fundamental part of human rights.”  In reaffirming  people’s right to development, the Vienna Declaration has prepared the ground for transforming people from playing the passive role of beneficiary to becoming active claimants with certain undeniable entitlements.  This is critical for women as the disproportionate disadvantages faced by women as a result of structural adjustment programmes/ trade agreements or development that is measured by economic growth has been well documented

There was a huge and visible women’s campaign at this Conference. Women’s groups were highly organised and campaigned fiercely to ensure that women’s rights would be acknowledged as human rights. There was a signature campaign, obtaining signatures from women and men from 124 countries, spear headed by the Centre for Women’s Global Leadership headed by Charlotte Bunch and the slogan was “Women’s Rights are Human Rights.” This is a slogan that reverberates even today. A memory that still remains is that of Charlotte Bunch and Florence Butegwa, making their way to the head table at the official conference and handing the demands of women and the signature campaign document to the Chair of the Conference. It was an exciting and daring moment.  But whether human rights were dealt with or not in an expansive manner at the conference, the final conference document accepted most of the demands of the women’s campaign. The New York Times reported, “women’s rights in particular gained a strong and effective presence at the conference.”

In spite of these gains,  the problem remains that at the Conference women’s human rights was treated as a separate issue under a separate section titled “The Equal Status and Human Rights of Women.” The women’s campaign had called for the integration of women throughout the agenda of the Vienna Conference. This had not happened. Women’s rights continue to be seen as separate issues even now. The continuing challenge is to make visible that all human rights issues also have implications for women.

Further as Geraldine Ferraro pointed out, ‘gender based violence, female infanticide, genital mutilation, wife murder, rape, discrimination in health care or barriers to political, economic and social equality or giving little girls less food, less education, less medical care than boys or when women can’t travel or marry without male consent are dismissed as traditional practices, family problems or as less important than the abuse a man faces when he is put behind bars and is tortured for speaking his mind.  She argued that these abuses ‘deny women their full humanity’ and ‘women who are not fully human cannot be allowed to take part in government, business or development.’ These she says are violations of women’s human rights and must come within the purview of international jurisdiction.  They cannot be left to the discretion of local circumstances.[1]

The lesson of Vienna is that we have to develop theories of human rights that show how every aspect of human rights has the same and a differential impact on women as compared to men. These impacts can be further compounded by the various other identities of ethnicity or other status a woman may have.  We have to interact with mainstream human rights organizations and other human rights mechanisms such as treaty bodies to ensure the development of a theoretical framework of traditional human rights law so that it reflects the violations suffered exclusively by women in all spheres of activity.   This will help eliminate the organizational and conceptual separation of women’s human rights issues from mainstream human rights programmes. 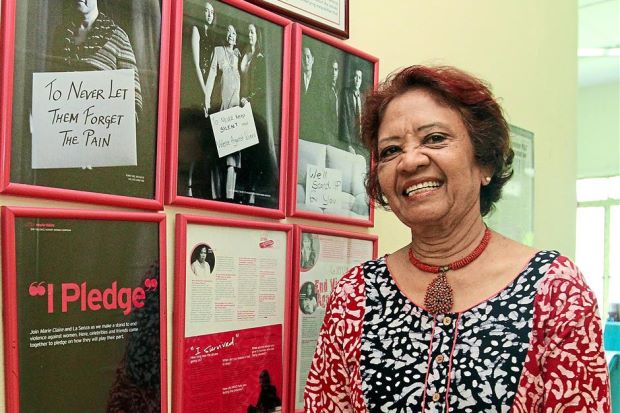 Mary Shanthi Dairiam is a Malaysian human rights and women’s rights advocate has been involved in the promotion of women’s right to equality and non-discrimination for the past 35 years. Her work has focused on building capacity for the domestic application of international human rights norms and standards through law and development policy at the national level, to achieve gender equality. In 1993 she founded the International Women’s Rights Action Watch Asia Pacific, an international independent NGO, based in Malaysia that monitors and facilitates the implementation of the UN Convention on the Elimination of All Forms of Discrimination against Women. (CEDAW) globally. Mary Shanthi was elected as a member of the UN Committee on the Elimination of All Forms of Discrimination against Women (CEDAW) from 2005-2008. In 2010 she was appointed by the UN Human Rights Council to the Panel Of Enquiry to Investigate the Raid By Israel Of The Flotilla Carrying Humanitarian Goods To Gaza. Mary Shanthi has also served as a women’s rights and CEDAW expert assisting UN agencies such as the OHCHR and UNWOMEN and provided technical services to several governments in the Asia Pacific Region and in selected countries of Africa. She is an Executive Committee Member of Women’s Aid Organization in Malaysia and of the National Council of Women’s Organizations, Malaysia. Mary Shanthi holds a Masters in English Literature -University of Madras, India and a Masters in Gender and Development- University of Sussex, UK.