The World Conference on Human Rights in Vienna in June 1993 was one of the dearest collective projects of our generation – the fight for women’s rights as human rights! The 1993 World Conference witnessed a remarkable moment of the extraordinary determination and success of efforts by women’s rights activists worldwide to put an end to the historic neglect of human rights violations against women. The Conference resolved itself through a political consensus that any form of violence against women in public and private, should be recognized within the context of human rights standards and in conjunction with gender based discrimination.

Together with women leaders from different continents we attended the Conference preparatory meetings in Geneva in 1992 to bring our issues to the forefront of all the UN agendas. An NGO Liaison Committee was set up at the Commission on Human Rights representing NGOs from different continents. At the time, I represented the Women’s Caucus at the NGO Liaison mandated to negotiate with government representatives, donor agencies, and institutions. It was a fascinating time: we had to convince our colleagues to support our cause while at the same time lobby the government to recognize and vote for women’s rights in the Vienna Declaration. We knew then that there would be no turning back. We were relentless and resilient in pushing our agenda to the government despite the narrative of cultural and traditional specificities thrown in our alley by the conservative block. Never before in the history of the global women’s movement that our immeasurable efforts galvanized to set women’s human rights in stone more profound than ever.

This was also the time when I started to work on the cases of the so-called ”Comfort Women.” Together with leading Asian women activists, we reconstructed their stories, struggles, and pain during the Second World War. Through their testimonies we captured systematic rape, abduction, sexual slavery, torture, mutilation, trafficking, terrorism, forced abortion, and starvation. Perpetrators of these crimes committed against women went unpunished. Why? Because these violations were a government decree to target women for abused as part of their war strategy and mechanisms. One of the most outstanding impact of the work of women activists in Vienna was putting into the frontline violence against women in war, the sexual slavery of the “Comfort Women,” the rape of women in war in former Yugoslavia, and cases of sexual violence in armed conflict in Africa. It was through their stories that humanitarian law was forced to recognize rape and sexual violence in war as a crime against humanity, and if committed with intent to target an ethnic group of women, as genocide and sexual slavery as a war crime. Five years after Vienna, we succeeded in influencing the statutory construction of the International Criminal Court (ICC) to acknowledge rape and sexual violence as war crimes or crimes against humanity.

The global women’s rights movement convened effortlessly and without much announcement at the Women’s Caucus which we first set up in Geneva and continued in Vienna. Women from across the globe from government entities, social movements, UN agencies, and activists gathered to discuss how to effectively pressure governments for the inclusion of text on women’s rights in the Platform for Action. It was an energetic and relentless forum were women gathered to strategize by region on how to lobby their foreign ministers to include the text we proposed. I chaired the Women’s Caucus together with other women’s rights leaders who I would pull up in front to assist in the planning and deliberations. The regional representation was electric – Asia, Africa, Latin America, Middle East, Europe, and North America divided the countries and prioritized crucial governments. We were meeting foreign ministers and ambassadors as a team, we had a check list of who to talk to strategically, which governments to target and what the agreements were. Problematic governments were not spared: bigger delegations attended their meetings with the intent to exact pressure through women’s numbers, speaking the same voice.

Women would report the outcome of the meetings to the Women’s Caucus every day and those who required re-enforcement would only have to declare how many women they need. The solidarity was there, the goal was to win, and everyone knew that there was no way we were leaving the Vienna Conference on human rights without the recognition of women’s human rights. We came armed with a petition signed by half a million people from 124 countries in different languages. We came with the language, the text, the analysis, and most importantly with the unwavering resolve to make history.

That was a momentous beginning of a still on-going struggle for women’s human rights. Much still needs to be done as the landscape has changed for women’s rights. We need to cultivate our activism and analysis to recognize that the terrain has changed for the bigger challenges as we push for gender equality. We need to commit to women’s human rights as a cause that can remake our nations and understand that it is the only path to take, as we survey the dearest collective project of our generation. 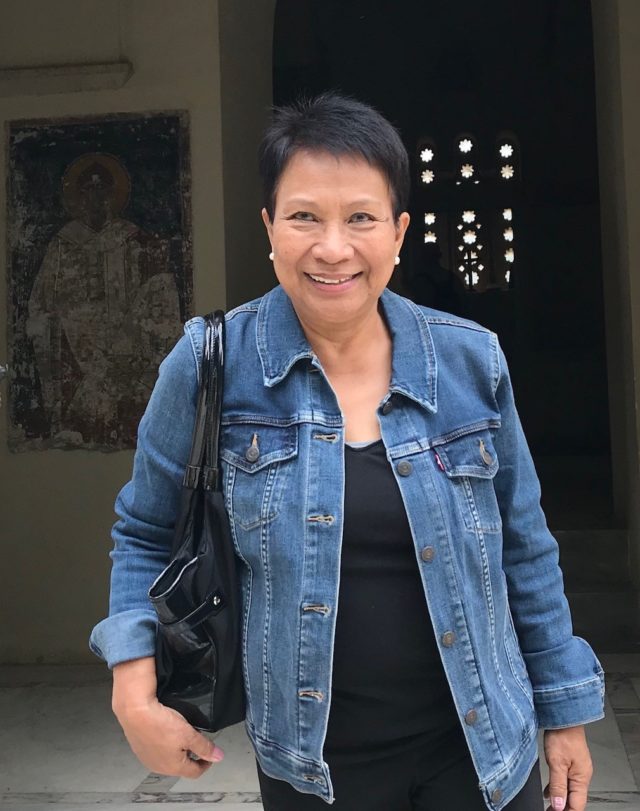 Indai Sajor is currently a Senior IASC Gender Humanitarian Advisor. She has over twenty-five years of experience working in countries in situations of war, armed conflicts and natural disasters in Asia Pacific, Africa and the Middle East. She worked with the UN Peacekeeping Operations in Ethiopia and Eritrea (UNMEE) as human rights officer and in 2004 was awarded the Rockefeller Fellow on Human Security at the City University of New York and the Dame Nita Barrow award by the University of Toronto. She served as co-convener of the internationally recognized Women’s International War Crimes Tribunal on Japan’s Military Sexual Slavery, an international law landmark initiative that recognized sexual slavery as a crime against humanity. She was a Visiting Professor at the UN University for Peace in Costa Rica teaching Gender and Peacebuilding. She worked as senior advisor on gender, humanitarian, social development, human rights, and conflict prevention management at the global, regional, and country levels.